This is a laaaate valentines day nail design. Featuring a pretty pink fairy in love. The hearts look kind of lame, but how else was she supposed to look like she's in love :). I love her hair, until now I had no Idea that I have so many pink polishes. I feel like it's missing something.... 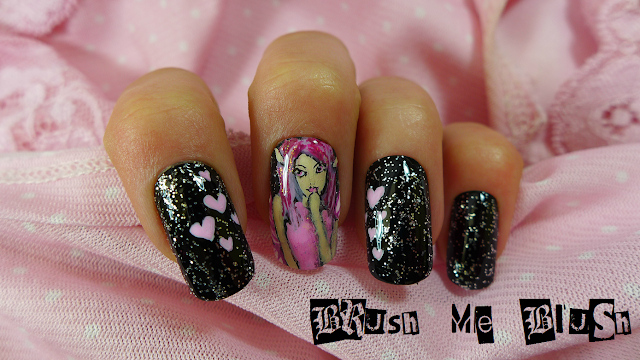 Oh, wow, I haven't had any new posts in ages. I feel so bad. I didn't ever notice the time going by. Anyway here is a photo of my rainbow nails. They are kind of my version of the dark side of the moon. 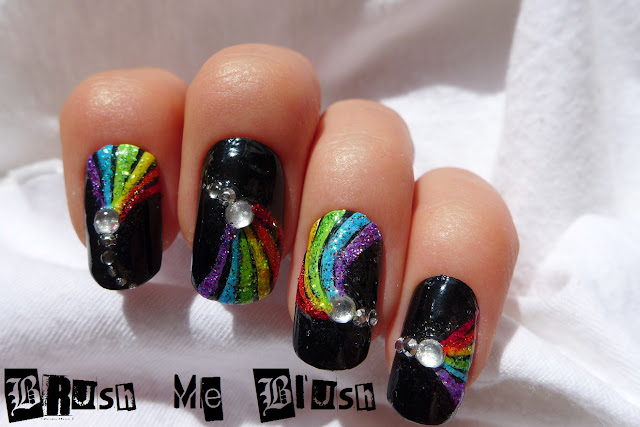 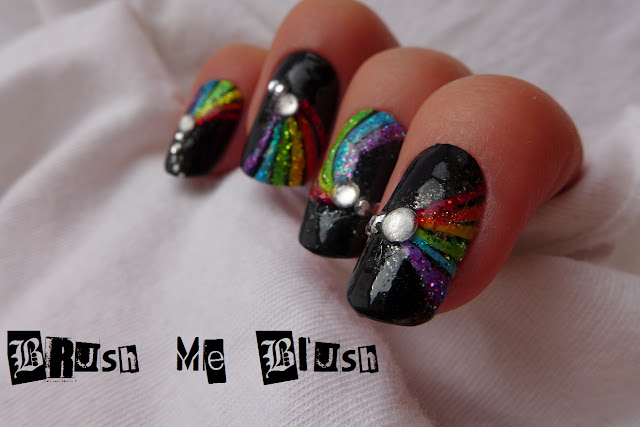 The rainbow looks great on black. The rhinestones were all from different companies. They looked exactly the same without top coat. But with it you can see the difference very clearly. I was so desperate for perfect-sized rhinestones that I tore some off of an old shirt of mine. Believe it or not those look a lot better than the ones made for nails. As you can probably see from the pictures, I applied the glitter very heavily. When I use glitter I always make sure that I overdo it.
These were an entry to a competition at: Get..Set..Blush!!. Anyway, I won, yaaaaay.
Posted by Ria Marii Olt at 7:48 AM 4 comments:

I did a guest post at Base coat Top coat. Check it out. 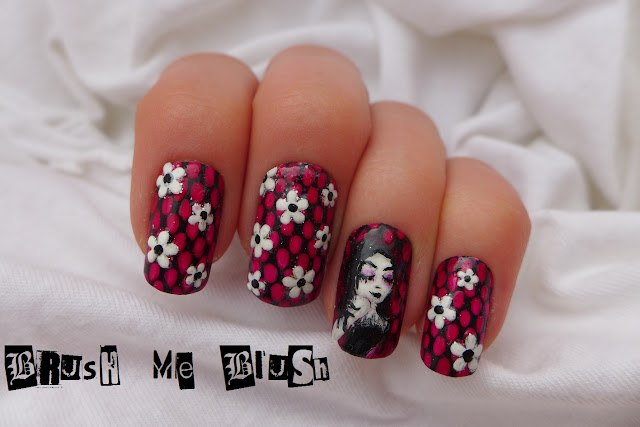 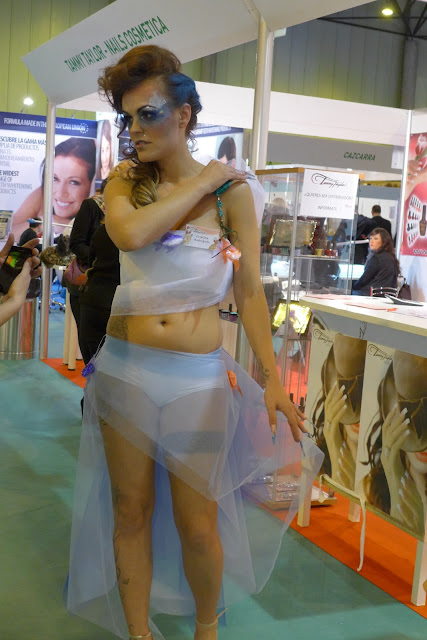 In this part I will show you pictures from a full body makeup competition at the expo. 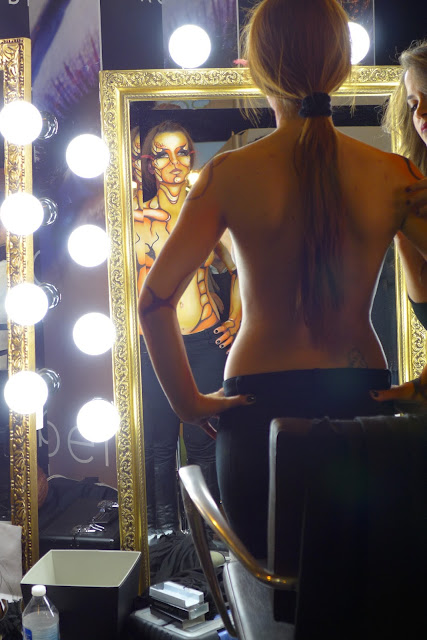 In part two I will concentrate on the nail art at the expo. 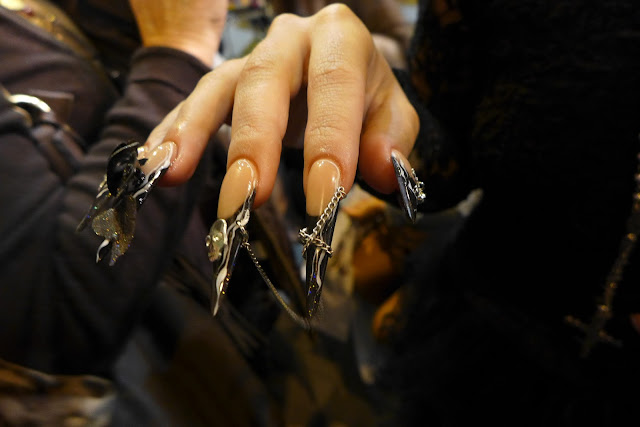 A few days ago I went to my very first beauty expo. It was actually rather small but it was a great experience. Prepare to have your computer crashed by huge amounts of pictures. 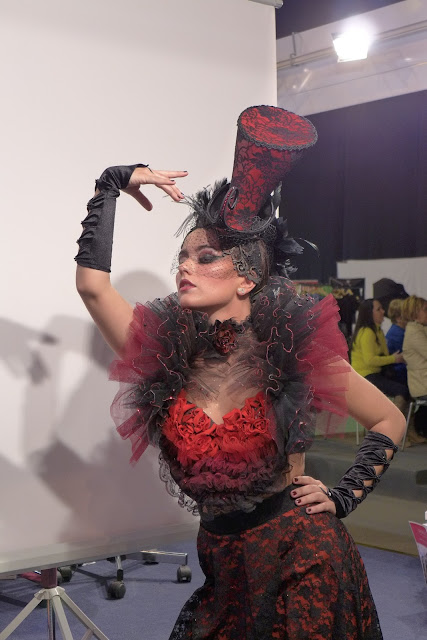 It's valentines day!! The last summer I had hundreds of ideas for valentines day designs. Now, however I had a hard time coming up with this one. It's just like me. I rarely do a themed design near any celebrations. I do Halloween nails in spring, beach designs in winter and Christmas nails in fall. 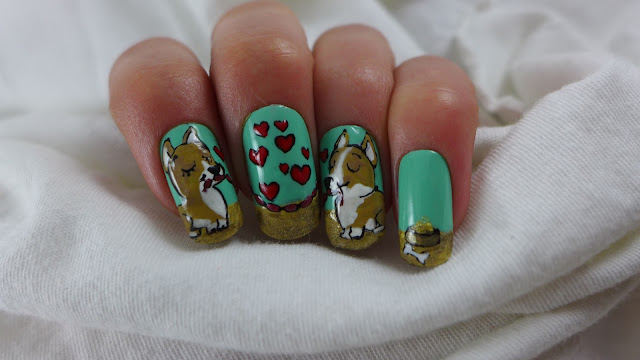 As you can see I painted a dog couple on my nails.(they are sooo cute.) The only thing that differs the female  from the male is that the female has long lashes. I thought about giving her a pink bow, but decided in favour to the lashes.

This manicure was done as an entry to a nail art competition at kelsie's nail files. According to the rules of the contest the mani had to be inspired by a picture on kelsie's pinterest board. I chose this one: 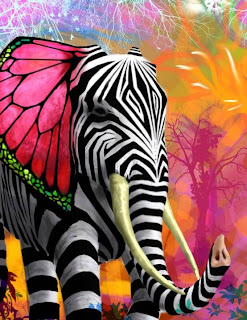 As you can see it's a zebra butterfly elephant (or something). This was (quite obviously) very hard to do. Especially since I haven't done a competition entry in ages (because of the 30 day challenge). Anyway here are some photos of the result. 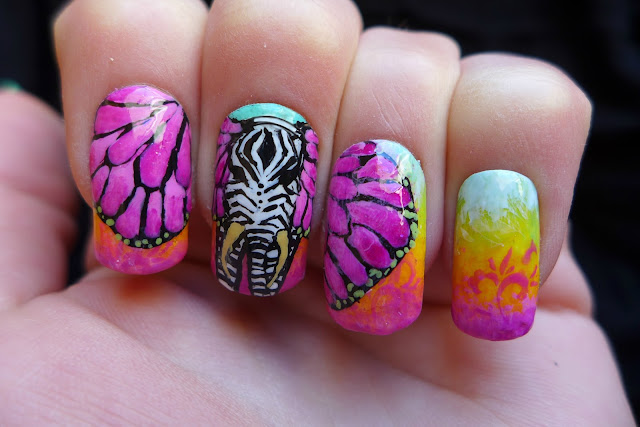 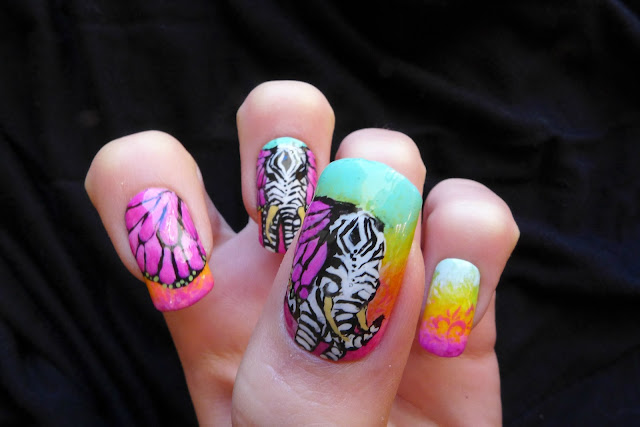 Well, it's not one of my best creations. But, keep your fingers crossed.
A few months ago cult nails had a nail art competition. With the prize of $100 worth of their products. I favorited it, thought about a design, wrote the date down on a post-it. All because I didn't want to miss it. I still missed it. I have been beating myself up about it ever since. The prize of the competition held at kelsie's nail files has a prize from cult nails as well. So, I thought it's a great chance the get my hands on some polishes. One can only hope :)

Yes, I know that 31 is more than 30. But, I didn't want to end the challenge with a Nightmare Before Christmas design. Don't get me wrong, I have nothing against it, it's just very impersonal. So to today's design I have included the pink panda from my logo.

30 Days of French Twist, day 30- The Nightmare Before Christmas

I can't believe it's the last day of my french twist challenge. I am actually quite relieved because I don't have to worry about getting a tutorial posted every day, but I am also going to miss it. I am planning to do another one in some time (it can be anytime from March to December). So, I would like to know: whether you prefer full hand manicures or tutorials. I am really wondering if the tutorials help at all... Also: Would you like more difficult or easier designs.

Well, it's not actually a caviar french, but I did use micro beads to do it.
As it turns out some/most of my readers think that I love french manicures, and that's why I am doing tutorials. That's wrong. I hatehatehatehate french manicures they are sooo boooring. I am doing a french twist challenge to give people ideas to avoid doing the classical french. In my opinion the french manicure is like the definition of fake. I think so because all the false nails I have ever seen in a store come with the white and beige french.
Also another reason I started making tutorials was that I have a lot of french tip guidelines and didn't know what to do with them. Yes, it's as simple as that :)

A few days ago I used to word "BOOM" in a blog post. From that I was inspired to create a comic book design. I have always wanted to create something like this. But it's too simple for competitions so I just buried the idea.

It's Saturday night!! This is THE night to have fur and let yourself go. So, what crazy stuff am I up to tonight? Well, I am going to paint my nails and eat a lot of cookies. Some may say that I am antisocial, but what could honestly be better than a cookie :D.
The design today is a simple dotted french twist with a pink flower. (look how perfect the black tip looks)

Once again I forgot to upload a design on time. This time I actually wrote the post (which I now actually changed) but forgot to upload it. That is like the most pathetic excuse I have ever heard. Nevertheless this is a patched design. I thought it would be boring to have simple squares so I added a heart as well. 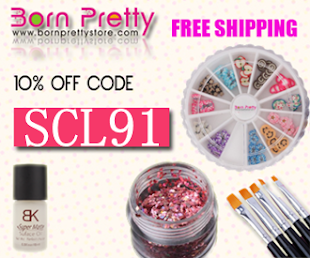 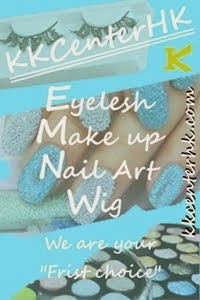